Mayor William Judge announced layoffs and reductions in city services in an effort to cover a budget deficit estimated to be as much as $4 million.

Judge said the move to lay off good, hard working people is the last thing he wanted to do and is a decision which was not taken lightly.

“I know layoffs will directly and negatively impact families, but we have no choice but to reduce our workforce and adjust city services to balance our budget,” the mayor stated.

“We looked exhaustively at all options for reducing costs, but because employee costs are the single largest expenditure in our budget, and due to current collective bargaining agreements, we have no choice but to reduce the number of employees,” said Judge. “I’m still willing to discuss alternatives to either avoid or reduce the number of layoffs, but our barging units need to consider some concessions, which they’ve rejected to this point. I’m still hopeful we can talk again and work this out.”

Certain union leaders have requested Judge to negotiate a bailout through the Barberton Community Foundation (BCF); however, the BCF’s code of regulations and policies prohibit the use of their funds for city personnel.

Judge said the loss of $1.5 million in local government funding from the State of Ohio, the loss of $1.3 million in income tax revenue as Babcock & Wilcox relocates to Akron and the carry over of last year’s $800,000 deficit is what led to the budget crisis.

Watch this website and pick up the Herald for updates on this breaking story. 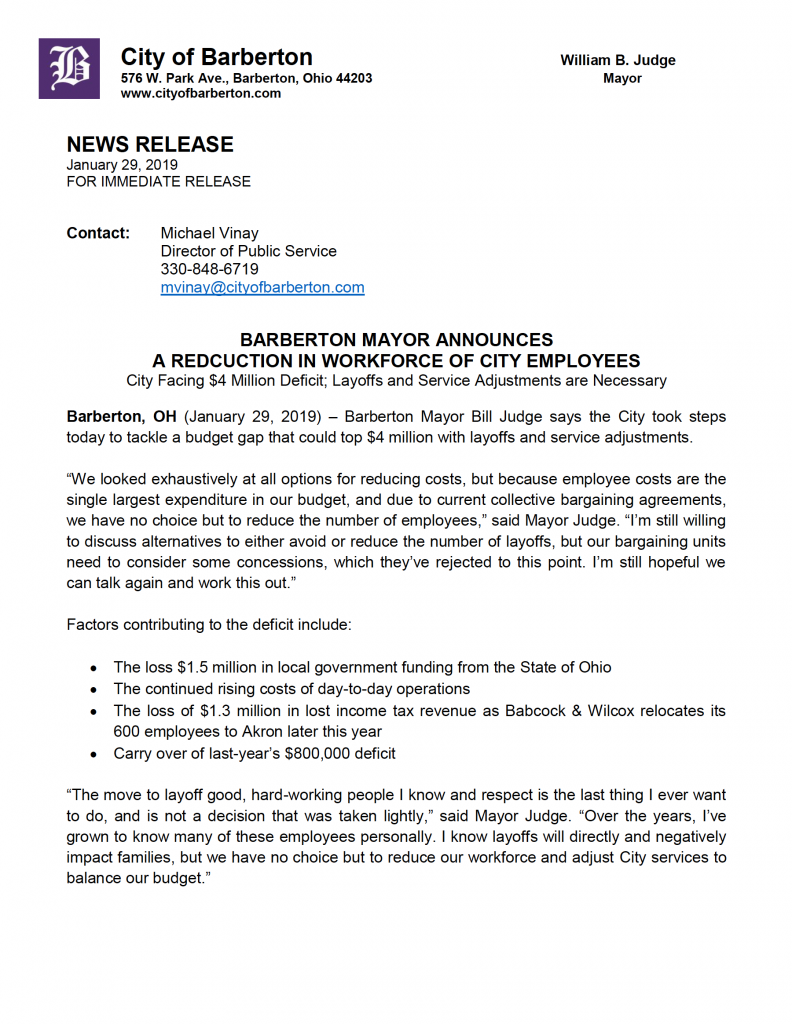 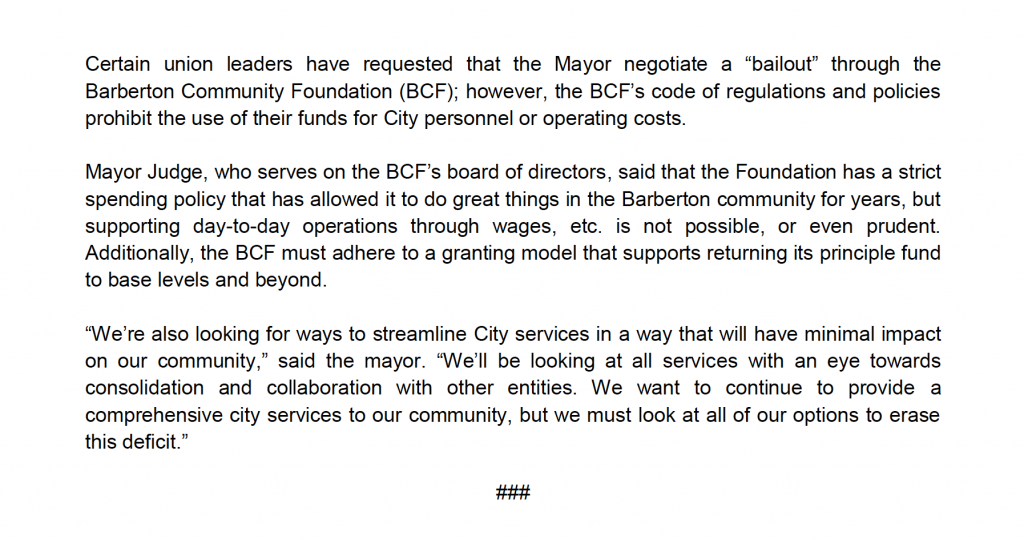