Esther Ryan established the shoe fund for disadvantaged school children many years ago. 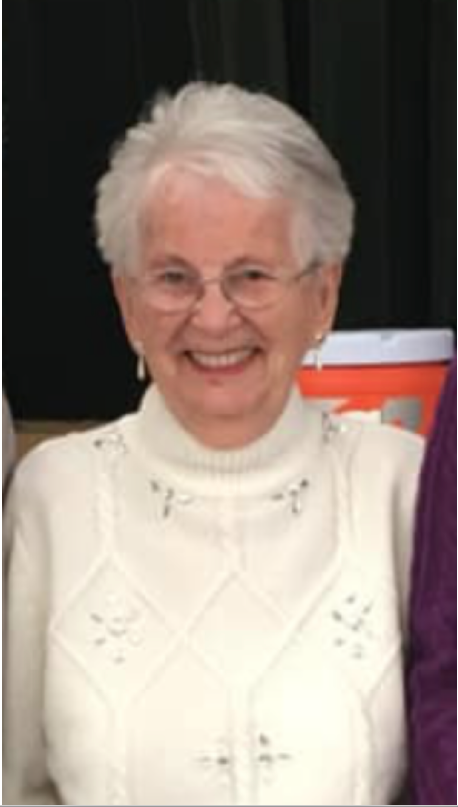 The best grandmothers are known for their pleasant disposition, dedication to the greater good, and being on hand when the kids need a little help with their shoes.

If that’s the case, the city of Barberton’s grandma must be Esther Ryan.

The 90-year-old Ryan, who is a retired Barberton City Schools nurse, founded the Esther Ryan Shoe Fund in the 1980s after witnessing children who came to school with no socks, no food and little room to sleep at home. When school funds ran out to help disadvantaged school children, she took it upon herself to provide them with shoes, a charity run out of the trunk of her car. She eventually partnered with the Magic City Kiwanis which continues the effort.

“That’s a big project,” said Bob Guilda, who has been the Kiwanis treasurer for many years. “A lot of work, a lot of effort. You’ve got to be dedicated to do it.”

A couple of weeks ago, Ryan suffered a stroke, and the community’s outpouring of support has been overwhelming. Many who had benefitted from her generosity over the years posted well wishes and sent healing thoughts through the Barberton Area Community News page on Facebook.

Released from the hospital April 20, Ryan returned home where she resides with her husband Bob, and is being cared for by her children. Daughter Susan Gregory said, “People have just been writing the most beautiful stories and I read every one of them to her and she’ll smile a little bit with her one side.”

Over the years, Esther Ryan’s good works have touched many lives. In 1990, she was named as a “Daily Point of Light” by the George H.W. Bush Foundation, which celebrates the power of the individual to spark change and improve the world. In 2000, she received a Lifetime Achievement award from the Barberton Community Foundation. She was inducted into the city of Barberton’s Walk of Fame in 2016.

She has been the grand marshal of parades, handed out awards to deserving community members and held countless spaghetti dinners to raise money for shoes.

Yet, when it comes to celebrations of herself, Ryan doesn’t want a fuss. Kiwanis member Elizabeth Wilson wrote that they wanted to “have a big 90th birthday party and cake last year, but Esther did not allow us to do it.”

“She has really done a lot, and she’s just the nicest person,” said Guilda. “It’s quite a story.”