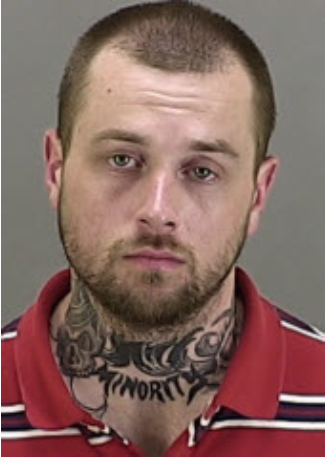 A woman was visiting her mother on 19th Street NW when a man entered from the back door and pointed a 9 mm gun at her while she was talking to a friend on the phone. The suspect, who was later identified as Joshua Cahoon, demanded her car keys, and before he left told her to wait a half an hour to call the police. He said if she called them sooner, he would be back to hurt her. The incident occurred around 8 a.m., May 26.After she got back on the phone with her friend and told her what happened, the friend called the Barberton Police Department. Officers soon arrived and entered her vehicle in their database as stolen. Local agencies were notified and a neighborhoodsearch was done.On May 27, officers received a copy of a Cleveland Police Department report for Cahoon that states he was found unconscious in the passenger seat of the stolen vehicle with the gun. He was arrested for weapons under disability, possession of a defaced firearm, because the serial numbers were scratched off, and carrying a concealed weapon.When officers went to Cleveland to retrieve the victim’s car, they recovered black gloves, a black bandana and a black hat that matched the items the suspect was wearing during the robbery. There is a warrant out for Cahoon for aggravated robbery. He also has a warrant out for Portage County for theft. He is out on parole.