The iconic Barberton band Easy Street, celebrating more than 40 years of rocking, joins the Woovs for a free benefit show, the July 3rd Rock Cancer Concert. The event begins at 7 p.m. in front of the Lake 8 Movies.

Vendors will be selling beer, and bar and restaurant sponsors will offer deals for people that want to have an early dinner or cocktails before the event.

Bob Martin, bass player for Easy Street and the Rats before that, said the idea of a free downtown event came to him all of sudden. “I had this dream that we could play on Tuscarawas Avenue under the street lights. No one has ever done it and our town never does anything on Independence Day.”

The Easy Street Band will perform as its alter ego, the Asbury All Stars, with Westside Steve Simmons taking on the persona of Southside Johnny. The tribute to the Asbury Jukes sold out the Tangier in April. A New Jersey band with music in the same vein as Bruce Springsteen and the East Street Band, the Jukes are known for such songs as “Havin’ a Party” and “I Don’t Want to Go Home.”

Proceeds will benefit the fight against cancer, with beneficiaries Project Ed Bear and the Stephen A. Comunale, Jr. Family Cancer Foundation, as well as 6-year-old Cuyahoga Falls resident Jackson Kunze, who is fighting cancer.

“We have all been touched by it, by someone we know.” Martin’s longtime partner recently learned her grandson has leukemia, and the band’s vocalist Simmons is a colon cancer survivor.

The Easy Street Band has a solid following of fans, dating back to the 1970s when the band regularly played Barberton High School dances and  nightclubs. “This city has supported my musical career ever since I first picked up a guitar and has never stopped supporting my band,” said Martin. “They turned out for every dance at the old industrial arts gym.”

In the past couple decades, the band has sold out annual shows at The Tangier in Akron, with most former members reuniting to perform the old classic rock songs.

“We owe Barberton big time and this free show is one way to pay them back.”

“I want people to see that street,” he said. “I tell people in Cleveland and Twinsburg, and they’re like, what are you talking about? A street in downtown Barberton, what? I want everyone to know we have that cool street.”

The opening band for the Asbury All Stars will be the Woovs, a Barberton band carrying the rock ‘n’ roll torch for the city into the future.

Martin thanks the city of Barberton and police department for their cooperation, as well as to Ric Wiley for his assistance in putting the event together, as well as Brett Haverlick, of Coon Restoration “for believing from the beginning when I told him my idea,” said Martin.

“He helped me plan the event from scratch and has helped us raise sponsor dollars so that this show could be free to attend. This will be the first annual Rock Cancer Concert. God willing, we are hoping to do this next year.” 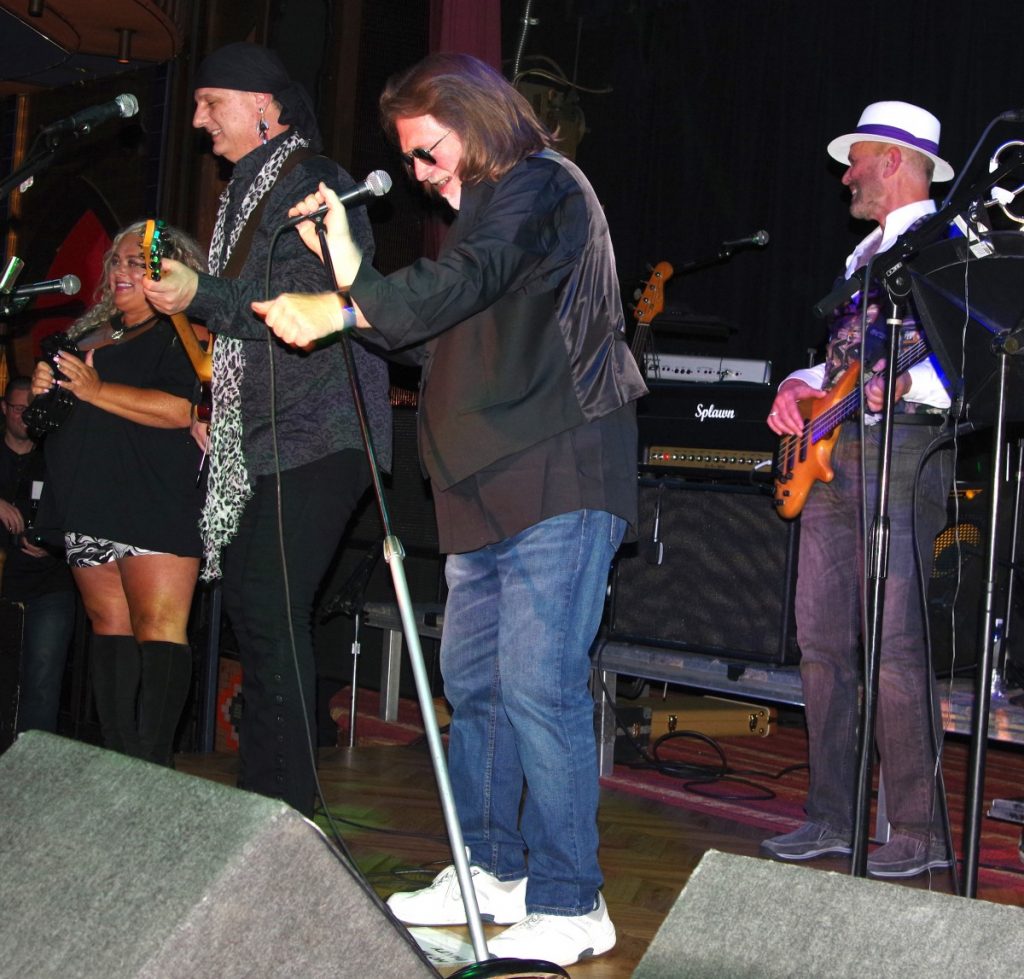