Imagination and horror elements are brought to life, right before your eyes, all because of a mysterious plant.

Nicholas Vierheller, a Barberton High School senior, has had an active role in the theatre community since seventh grade. Involved in seven shows thus far, including “Annie” in 2015 and “The Addams Family” in 2018, he is now portraying the role of coy flower shop assistant Seymour Krelborn in “The Little Shop of Horrors.”

The “Little Shop of Horrors” production, based off the 1986 science fiction film of the same name by Frank Oz, is about a peculiar plant that offers a shy floral shop worker the chance to rise to fame if he promises to fuel its appetite for none other than blood.

Additionally, Vierheller is involved in his school’s choir program with a background in piano. He took private lessons for seven and a half years, which centered around classical music, with jazz intertwined. His biggest musical influence is Elton John.

The director of the production, Tyler Jensen, has helped co-direct all of the shows Vierheller has performed in thus far. Jensen initially reached out to Vierheller to see if he was interested in playing piano for the rehearsals. From there, he was offered an audition, and was chosen to play Krelborn.

Vierheller acknowledged how this role differs from other roles he has portrayed in the past, because it goes from lighthearted comedy scenes to those that are dark and serious.

“I see it more as an experience to get better and to learn, and use it as a workshop,” Vierheller said. “I think it is a cool opportunity to be able to exercise those different emotional states in your acting.”

Additionally, Vierheller reflected on advice he would give those who want to pursue a career in the theatre industry.

Ultimately, he placed an emphasis on getting to know people within the arts world and establishing genuine connections.

After graduation, he will attend The University of Akron to pursue a bachelor’s degree in mechanical engineering. He will also be keeping music as a “strong hobby,” as he and a few friends plan on forming a garage band.

“The Little Shop of Horrors” is at North Canton Playhouse, Oct. 31-Nov. 10 at 7:30 p.m. Tickets are $15 each. For information, visit www.northcantonplayhouse.com. 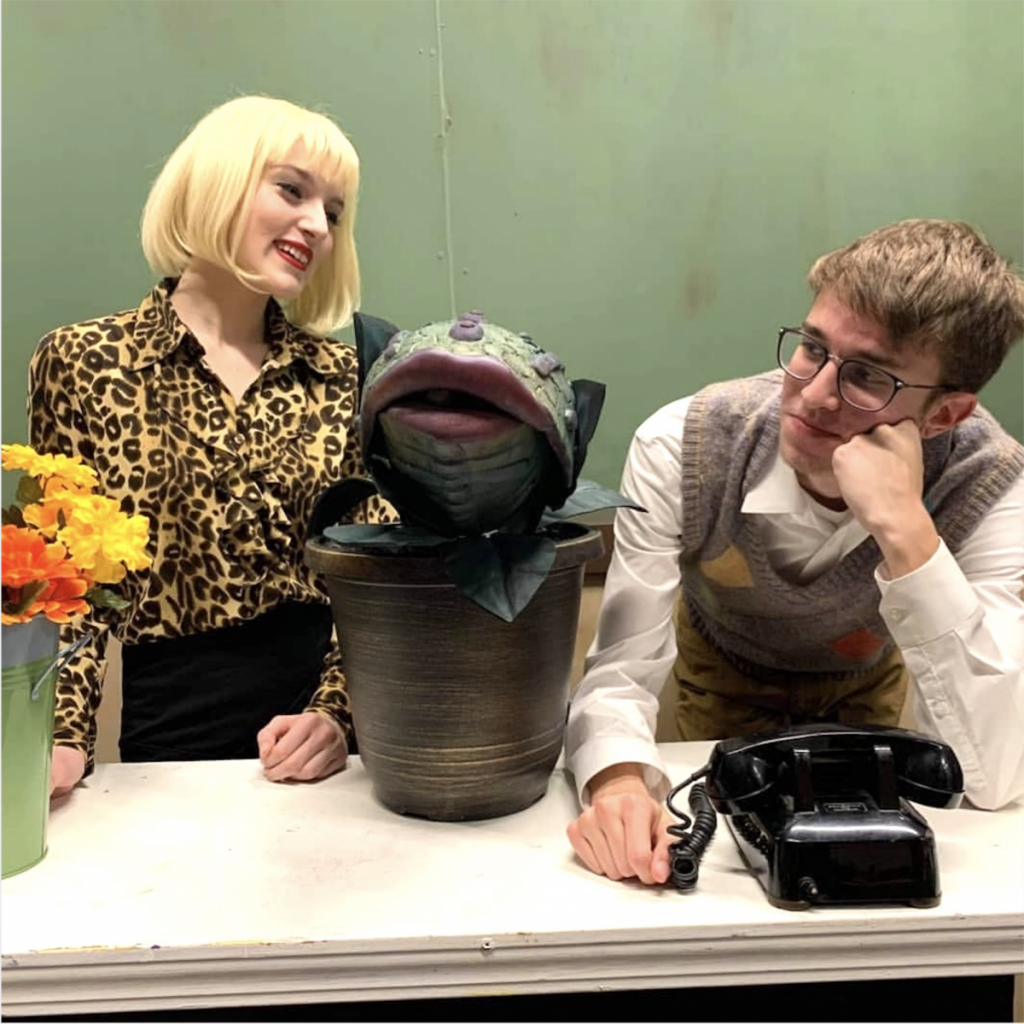 Nicholas Vierheller is very excited to star in “The Little Shop of Horrors,” his first outside production in a new city.