There was a full house at this week’s Barberton Board of Education meeting, with many parents coming out to voice their opinions on a potential change to the high school grading system.

In the past, Barberton used what is known as a weighted grading scale, which means that more academically challenging classes, such as honors and advanced placement, were graded on a five-point scale. The school district phased weighted grading out a few years ago, going back to an equal four-point scale for all classes. After getting feedback from concerned parents, the board is now looking at the possibility of returning to a weighted scale. Barberton High School Principal and Board Member Henry Muren gave a presentation at the meeting outlining his committee’s findings.

Muren spoke with Ohio State University, Heidelberg University, University of Akron and MIT about their preferences on weighted versus unweighted GPAs and found the general consensus is that either is fine. In fact, because weighted scales vary, colleges often convert weighted grades back to a four-point system. The colleges also stressed that the focus isn’t just on the GPA, but on the bigger picture. “They want to see involvement,” said Muren, “if you have a good GPA with a good ACT and you’re involved, that’s who they want.” Parents then spoke up about how weighted grading still benefits students, like in the case of private scholarships. As one mother pointed out, private scholarship applications are often reviewed by volunteers who might choose the student with the highest looking GPA, not understanding what weighted or unweighted means. The committee presented a potential plan for what the new weighted scale could look like, and the board will be discussing the topic more in the weeks to come.

The other focus of the evening was on student wellness, as Megan Kleidon from Red Oak discussed a proposal that would broaden the range of mental health services available to Barberton students. Red Oak has partnered with Barberton schools for many years, providing services to students of all age levels at no direct cost to the district. Thanks to new funds from the Ohio Department of Education, Red Oak is now able to offer more staffing in the schools, more education training for teachers and staff and prevention services including parent programming. “We hear loud and clear from your district that parents need additional resources and support,” said Kleidon. These new services will start this year. 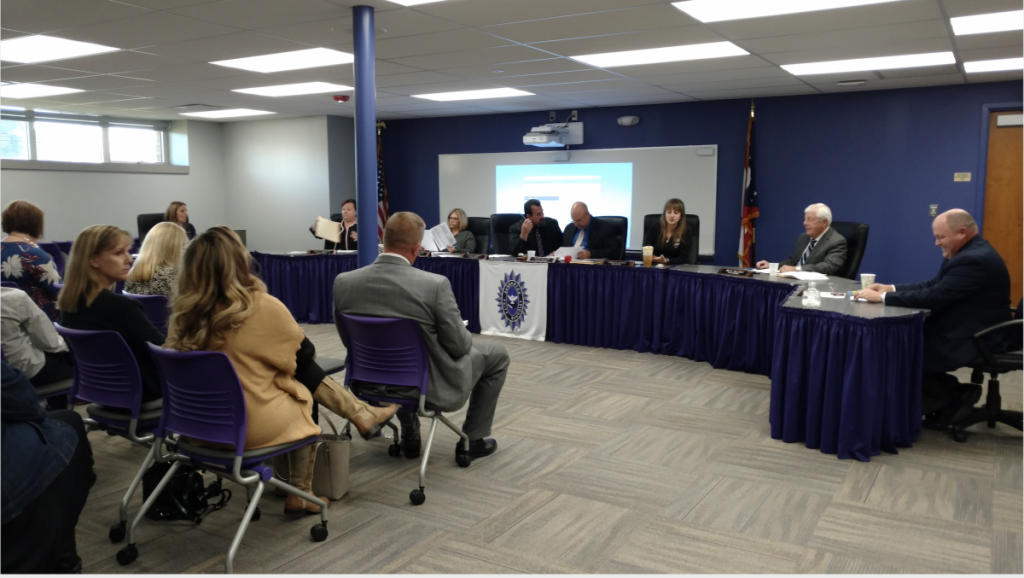