The Herald was dispatched to investigate a reported kind act committed by a Barberton Police Officer.

Debra Spork-Kinney is the owner of a large Chow/Shepherd mix dog, which she rescued a little over five years ago. The 100-pound dog, named Tina Turner, is now over 10 years old and suffers from arthritis and thyroid problems. A dog that size isn’t easy to move, so when Tina slipped and fell going up the stairs of her home in King’s Court Apartments, Kinney wasn’t sure what to do.

She called the police, and although the dispatcher wasn’t sure it was something an officer would be willing to help with, they promised to send someone over. Luckily, Officer Terry Mullenix reported to the scene, and he was not afraid to lend a hand.

With the help of Jeffrey, a property management worker at King’s Court, they were able to get friendly Tina back in the safety of her home.

“She’s a big dog,” said Kinney, who was touched by the efforts of Officer Mullenix. “He didn’t have to do that,” she added. She wanted to report the incident to draw attention to all the little (and big) things that our police officers do for the community. “(Tina) was so nice to the officer and he was so nice to her, I just couldn’t get over it,” exclaimed Kinney.

Tina died just a few days later, and Kinney is grateful that Officer Mullenix took the time to help. Although they didn’t know it at the time, his efforts helped make one of Tina’s last days better. Tina will be greatly missed by her owner, and the kindness of the Barberton police and their officers will be remembered. 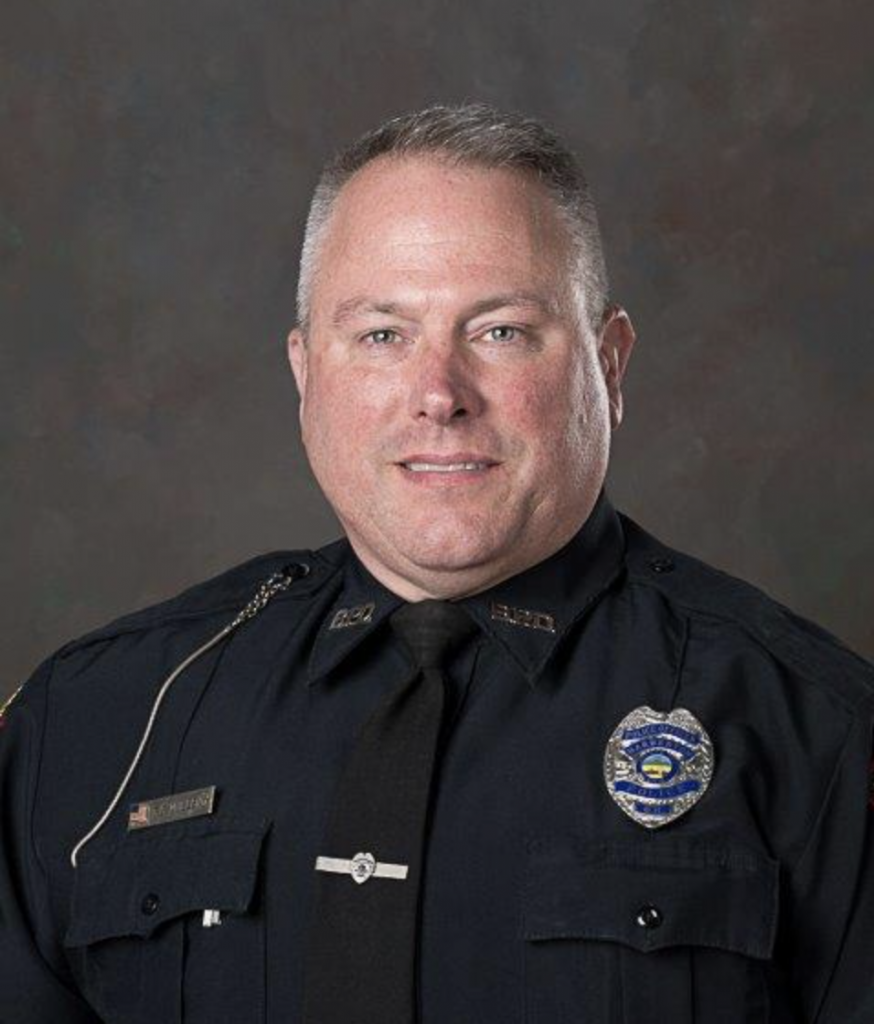