Whether we think of them fondly or with some disdain, most of us remember subjects like English, math, history and chemistry from our days in the classroom. But high school teacher David Kaser’s elective, which focuses on virtual reality (VR), is a class most are not familiar with.

As VR becomes more accessible, more educational tools involving VR are being created. But just because the technology is there doesn’t mean educators automatically know what to do with it. In fact, there’s so much you can do, it can be hard to know where to start. This is where Kaser’s students come in. “What we do in the class is we look at the technology, we look at the apps people are designing for education, and we ask how does this fit in a traditional classroom?” explains Kaser.

After learning how to set up, tear down and troubleshoot the equipment, the students work with Kaser to create potential lesson plans. These plans are shared with the subject teachers, and the students help run the equipment. “This frees the classroom teachers to focus on the content, and not have to worry about the technology,” says Kaser. Barberton is one of the only high schools with a program like this, which is why it caught the attention of Dr. Merdith Thompson, a research scientist and teacher at MIT. She and Kaser began discussing the role VR can have on education, and decided to write a book on the subject.

Together with Harvard graduate Kara Grijalva, Thompson and Kaser released their book “Envisioning Virtual Reality,” in September. This collection of essays serves as a toolkit for educators interested in VR, suggesting possible uses and tips for implementing VR in the classroom. “I would say the majority of the book is based on what we’re doing at Barberton High School,” said Kaser.

Software developers and designers have already reached out to Kaser, and the book has made it into the hands of those involved in technology integration and virtual reality at the state level. But Kaser is content to let the students be in the spotlight. “Technology is advancing and we’re trying to keep up with it,” said Kaser, “and we’re trying to put it in students hands as much as we can.”

The three authors plan to release a second edition next summer, and information for the first edition of “Envisioning Virtual Reality,” published by Carnegie Mellon, can be found at https://envisionxr.net. 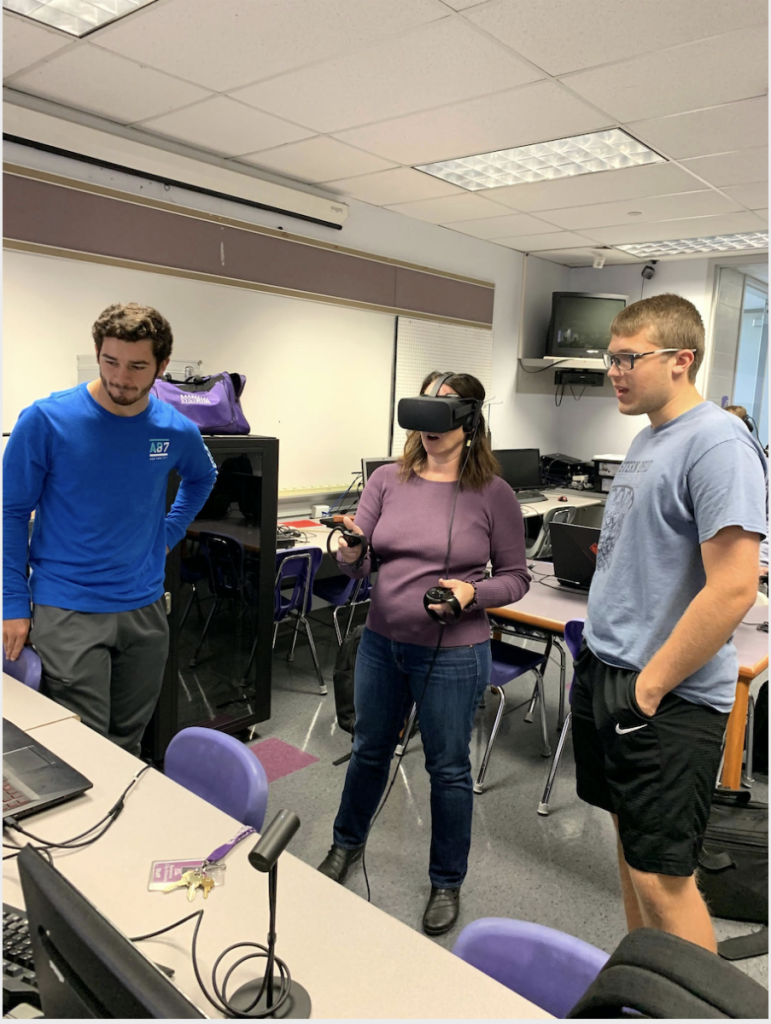