For 2 1/2 hours, city council members and those awaiting to take their seats conducted an informal meeting at the YMCA to discuss a variety of crucial topics.

What followed a brief introduction, was paperwork regarding the duties, in depth procedures and rules that come with serving on a committee.

During the session, topics such as proper attire, agenda, finances, permits, how to handle emergencies, wards and public records, among other issues, were discussed.

As a general practice, it was noted when council members are making decisions, it depends on what committee the issue is coming from. Next in line for decision making, is the second person on the committee, unless it is referred.

Other important points elaborated on, was instructing the new members  that legislation must be sent to Renee Fox, the clerk of council, at least 10 days prior to meetings. Additionally, those who present something they want brought to the table are “not allowed to speak out against it, if [they] make the motion,” according to Fox.

Additionally, Mayor William Judge explained that the city is continuing to move forward in terms of economic development plans, although because the city does not have ownership over the properties, he mentioned it can be frustrating when an owner does not want to find a common ground.

“…You have a company who is a perfect fit for that building or land, but the owner does not want to sell it, or wants too much for it,” Judge said.

Along with new businesses, he wants residents to “be prepared as much as possible,” and know exactly what is expected as a future employee of a company.

He also touched on dismantling neighborhood feuds, property lines, trees and water boil alerts, saying that cautionary alerts are not necessary, but precautionary measures are key in keeping citizens safe and healthy.

“If your water smells funny, if it is a [strange] color, call us,” Judge said. “We can send people over to the house to take a sample; it may not be our lines; it may be the homeowner’s lines.” 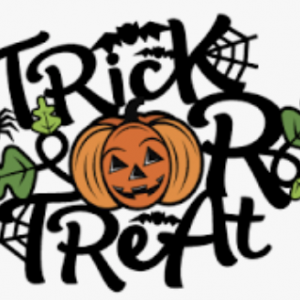 Painting with a twist

Bob returns to the radio