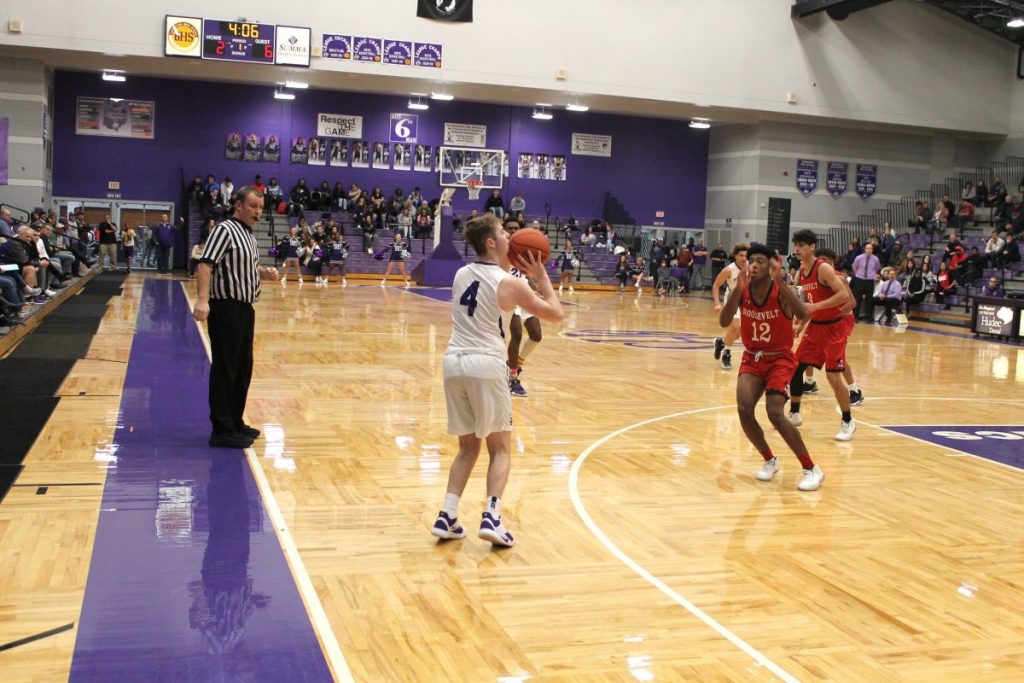 The team took a 3-point lead with eight seconds remaining when Scott made two free throws after being intentionally fouled. The Magics then decided to intentionally foul Kent at half court with five seconds left, forcing them to make one free throw and miss the second on purpose.

That’s what happened, and Kent grabbed the rebound, but missed three straight difficult layups before the ball went out of bounds with 0.3 seconds remaining, and a desperate shot was no good.

The Magics improved to 8-3 (4-2 Suburban League) and tied Kent for second in the conference. The team returns Saturday, Jan. 11 for a road game at Coventry at 7 p.m. 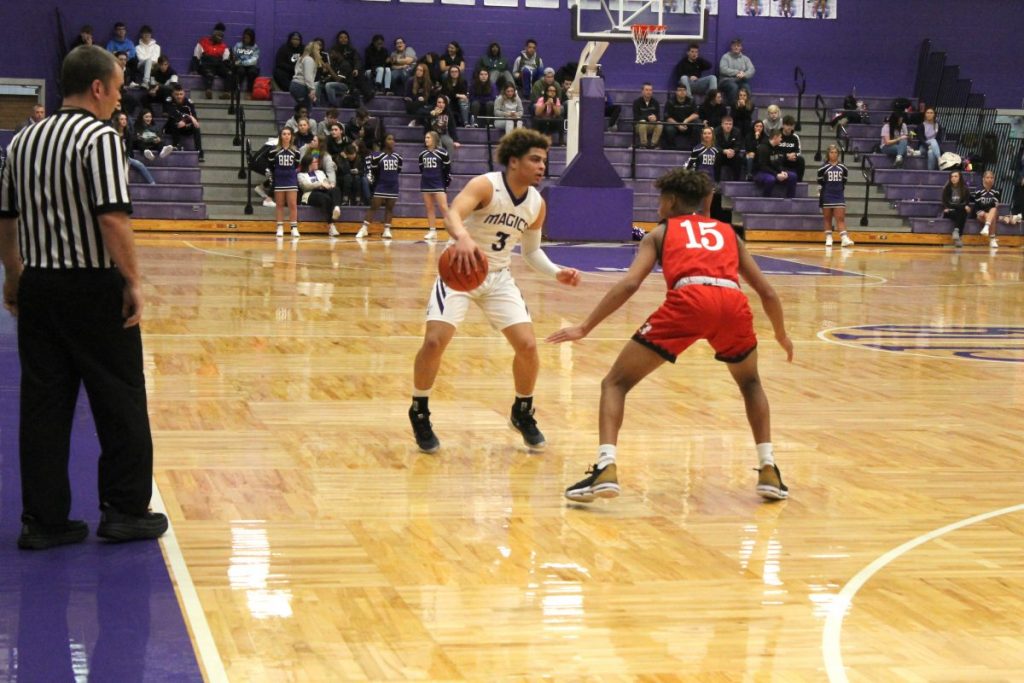 Jamair Blackmon attempts to get past a Kent defender.