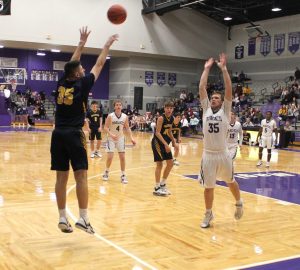 Tallmadge overcame a 20-point halftime deficit to win 65-61 Jan. 7, but this time the Magics kept the foot on the gas pedal, turning a 7-point halftime lead to a 14-point lead after three quarters. The team then scored the first 11 points of the fourth quarter, a frame where the Magics outscored Tallmadge 27-7.

The team improves to 13-7 (7-4 Suburban League American Conference) and returns Tuesday, Feb. 18 against Alliance for their home finale at 7:30 p.m. before finishing the regular season at Kent Friday, Feb. 21, 7:30 p.m. 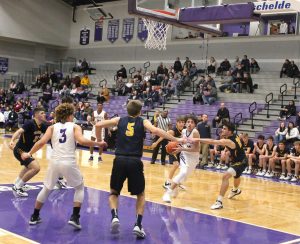 Tony Fox heads to the basket against Tallmadge.