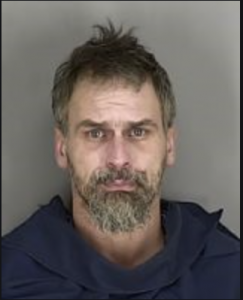 Daniel Lee Jones is given a life sentence for a 2018 murder.

Akron resident Daniel Lee Jones, 47, was sentenced for murder charges for a 2018 death in New Franklin.

Barberton Police and Fire Department were dispatched for reports of a burning mattress on the side of the road during the late evening of Sept. 23, 2018. After extinguishing the fire, first responders found a woman’s charred body laying on top of the mattress. The victim was later identified by the Summit County Medical Examiner’s Office as Kerri Blondheim, 43, of Akron, and an autopsy revealed she had died from trauma to the head and neck.

The Feb. 25 hearing convicted Jones of felonious assault, tampering with evidence and gross abuse of a corpse. He was sentenced for life, and will not be eligible for parole for 19 years.