We’re about two decades down the road from The Herald’s award-winning three-part series on homelessness in the Magic City.We talked to the soup kitchens feeding them, the agencies trying to support them and the city government trying to find ways to deal with the problem.

As of this summer, the city’s parks, alleys and wooded lots still have a population of homeless.

The consortium of churches that back then had set up a rotation to try and house them has largely forgotten the program even existed. Frustrated merchants growl at a city government they think is ignoring the problem.

In one small playground not far from downtown, one man has taken up residence in the monkey bars.
“It has become a two-bedroom apartment,” one resident complained in a comment on social media.

They show up in the Police Logs. This one got a ticket for open container. That one was passed out in the middle of the road. These two were cited for public urination. This one grabbed someone’s bicycle from a restaurant parking lot. You’ve seen them.

“We are working on this topic,” Mayor William Judge said.

It’s tempting to believe the problem stems from pandemic layoffs, or maybe job loss from the Great Recession. In some places that may be true. Here, it’s not.

“The vast majority of our homeless have mental health or drug issues,” Judge said.

This aspect dates back to the early years of Ronald Reagan’s first term. State mental health hospitals had been the subject of investigations and exposes, uncovering corruption, abuse and incompetence. They were ripe for reform. Washington, however, saw an opportunity to redirect some money. Federal funding for the hospitals was cut and, without it, the states couldn’t keep them open. One after another, nationwide, they closed. In their place, states set up “community mental health centers,” focused on outpatient care. Inpatient was left to wards of ordinary hospitals and was strictly short-term. This was fine for some patients, but for the chronically mentally ill, it proved a disaster. Homeless populations full of the mentally ill, often with comorbid substance abuse problems, swelled the city streets across the country.

Judge said there are limits to what the city can do if the property owner where the homeless person is squatting doesn’t complain.

“We’re reaching out to appropriate Summit County agencies,” Judge said, adding that we can’t arrest our way out of the problem. “We’re not going to get anything by putting them into the system.”

Like many communities, Barberton is trying to mitigate its homeless problem by funneling them into programs that can help.

“We’re trying to get them in where they can get some counseling, maybe some help with their drug problem,” Judge said.

This is undermined by some of the merchants that are providing them food without those added strings attached. Also undermining the efforts are the homeless themselves who don’t want the help.

“Some just don’t want to go somewhere where they have to live under these rules,” Judge said.

The problem has proven intractable when the country was healthy, overall. The country isn’t healthy; it’s suffering the worst pandemic in 100 years and most homeless folks don’t have access to a steady source of reliable news. They also lack the means to keep clean and to socially distance.

“We’re working through the nonprofits,” Judge said. “We’re going to get about 3,000 masks we can distribute to the public. We’re going to try and get them to these people. We’re doing everything we can to keep the community safe.” 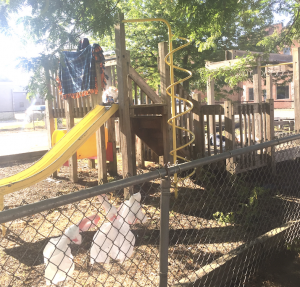 Clothes and trash can be seen at a Barberton downtown park where a man has taken up living. 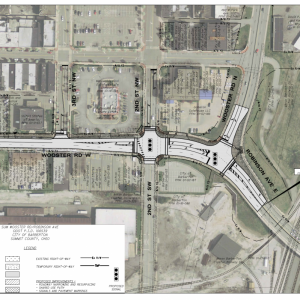 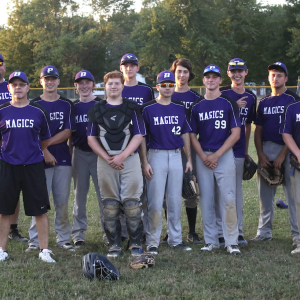 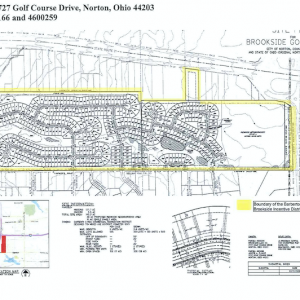