AKRON – The perpetrators of a brutal 2019 robbery were sentenced July 30.

Linda Snow, 65, of South Hametown Road in Norton, pleaded guilty May 6 to felonious assault, a second-degree felony. She was sentenced to four to six years in prison.

Jennifer Clark, 38, of LaCroix Avenue in Akron and Snow’s daughter, pleaded guilty Jan. 29 to robbery, a third-degree felony and endangering children, a first-degree misdemeanor. Clark was sentenced to a suspended prison term of 36 months along with 90 days in the county jail and three years’ probation.

According to the Akron Police Department, Clark, Snow and a boy later identified as Clark’s 11-year-old son went into the East Avenue Acme store Aug. 16 last year and loaded up a grocery cart with food. Police say a clerk was notified that the three had left the store without paying and went out to the parking lot to ask for a receipt. As the clerk arrived, Snow opened the door to the red minivan and let the dogs out, siccing them on the clerk. The clerk was bitten several times and was taken to Cleveland Clinic Akron General Medical Center with serious injuries. Snow, Clark and the boy retrieved the dogs and drove off.

“This was a horrible incident,” Summit County Prosecutor Sherri Bevan Walsh said. “The victim suffered significant physical injuries because of the attack. Today he showed tremendous courage and strength in letting the court know the emotional toll this took on him. As a dog owner myself, I am appalled at how the dogs were used in this assault.” 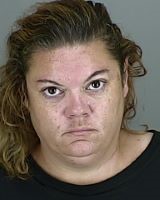 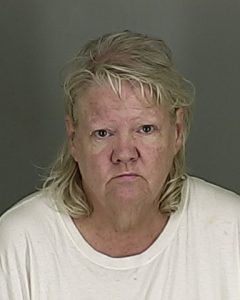