It was a little over a year ago Golf Course Drive resident Tim Burroughs stood and expressed his dismay at the proposed rezoning of the Barberton Brookside Country Club.

“I don’t want a Taco Bell at the end of my driveway,” Burroughs said.

It looks like Burroughs and other opponents of the rezoning may get their wish.

Early this month, Joseph A. Flogge, of Brookside Land Co., filed a plat with the city for a 490-home housing development for the former golf course. Consisting of 300 single-family homes and 190 townhouses, the project has an estimated value of $98.9 million.

A housing allotment renders moot the concerns residents had last year when the city rezoned the golf course from recreational to mixed-use.

Fowler said the zoning was a strategic move to attract a senior living complex with neighborhood businesses like beauty salons and corner stores co-located for the convenience of residents in new assisted living and nursing homes. Norton has a dearth of such facilities, its aging population having to go to Barberton, Wadsworth or Doylestown for such arrangements.

“Ideally, they’d have never had to leave the property,” Fowler said.

However, cities have no control over who buys a property or what they do with it, provided it conforms with zoning. A housing allotment conforms.

“It’s a different buyer than before,” Fowler said.

Cities need housing; citizens have to live somewhere. But from an economic development standpoint, they tend to cost a city more than they contribute. In most cases, cities only get a fraction of any taxes from residential properties; the county and school districts get most property tax. And, until around a decade ago, Norton provided a credit for any income tax residents who work somewhere else pay. However, Norton created an enterprise zone for the golf course property, meaning the city gets 60 percent of the property tax.

“If we want retail rooftops we need residential rooftops,” Fowler said. “This will be a longterm benefit to the city.”

He added that the additional water service may net Norton its first-ever water tower.

“That’s sort of a signature for a city, isn’t it?” Fowler asked. “Having a water tower?”
Barberton, Norton’s utility provider, is discussing the tower’s construction and location, which Norton would pay for.

For the news you need subscribe today at www.barbertonherald.com. 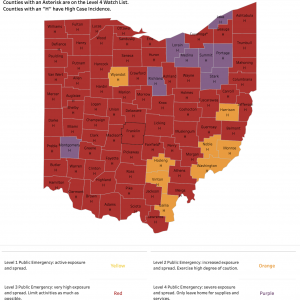