The project would resurface both halves of Wooster Road near the intersection, narrow Wooster Road West eliminating the westbound lane, improve drainage, add a multi-use path and upgrade the signals. The total estimated cost, whiuch would start the summer of 2022, is a little over $1 million.

What formal input the city has gotten is unknown at this time. However, since public input was requested, The Herald posted the release on its Facebook page. Since going up, it has generated 70 comments, 100% of them negative. While Facebook comments can’t be considered a representative sampling, it does appear that Joe Barberton hates the idea. A lot. Two common themes run through nearly all the comments: “Where is this money coming from, we thought the city was broke?” and “What about the rest of the roads, particularly Fifth Street (Northeast)?”

Read the full story on newsstands Thursday. Subscribe today at www.barbertonheral.com. Serving Barberton, Norton and the surrounding communities since 1923. 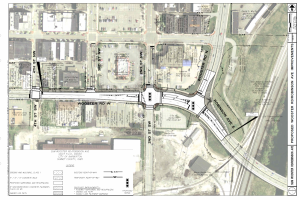