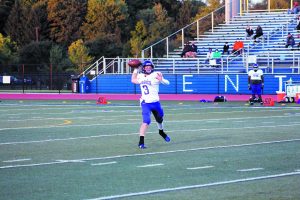 Chanden Lee throws a pass early in the game at Hudson.

For those that can’t attend Week Four football games at Barberton and Norton, fans will be able to watch via live streams.

The Barberton game against Brecksville will be aired live on the Barberton A-Live’s Youtube page at https://www.youtube.com/watch?v=RH3Gw2Xasxw.

Norton’s rivalry game at home versus Coventry can be found on the Norton Panthers Football Youtube page at https://www.youtube.com/channel/UC3tSnDfSRYg-9Qsu0h8-blw. 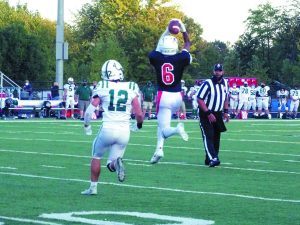 Dominic Graham goes up to make a catch against Cloverleaf.