The bomb squad was called Sept. 23 and a 23-year-old woman jailed when police found an explosive device in her purse.

Destiny Danehart was charged with possession of dangerous ordnance. She was also wanted in a nearby county on failure to appear in court on a theft charge.

Akron Police tried to pull a car over on Interstate 77 around 9:45 p.m. for a lane and equipment violation and the driver led officers on a short pursuit, committing multiple traffic violations in the process. The car finally crashed on South Arlington Street near Seventh Street, shortly after police gave up the chase due to safety.

Both the driver, Matthew Cannon, 31, and Danehart were found to have warrants and were arrested. The device was found in Danehart’s purse during a post-arrest inventory and she confirmed it was a bomb and the county bomb squad was called.

Cannon’s warrant was for robbery and escape and he was taken to the Summit County Jail with a new charge of willful fleeing.

Danehart was taken to Summa Akron City Hospital for treatment of injuries sustained in the wreck and to the county jail after being discharged. 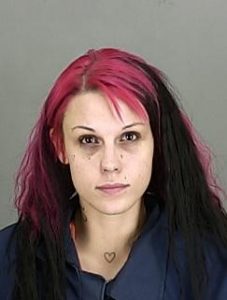 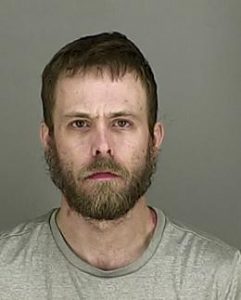