I agree with former president Jimmy Carter that we live under a plutocracy, “rule by the rich.” Since the Supreme Court declared campaign contributions free speech under Citizens United, the political contributions by the rich to politicians have exploded. As a result, the rich get whatever they want from our Congress, while we can’t even get a second stimulus package to help the 30 million who are at risk of eviction, or the 62 million citizens who have lost their jobs and their health care since the pandemic began.

While we workers face job losses, wage cuts, loss of health care, evictions, hunger among our children, and the threat of death from this raging pandemic, the rich have never seen better days. During this pandemic, 650 of our country’s wealthiest Americans have seen their wealth increase by $871 billion.

Since the 2009 Great Recession, the top 1% have received 95% of all income gains. Another way to look at that astounding figure is to imagine a huge pizza. The top 1% said we will take 95 pieces of this pizza, leaving just five pieces for the other 99% of Americans.

In this election, the rich are happy with either candidate. With Biden they can rest assured their wealth will continue as it did under he and Obama. With Trump, they will be extremely happy as he gave them a huge tax cut, stripped regulations that protected our food, air, and water, and waged a war against working people and their Unions, stacking the Labor Dept., OSHA, and the National Labor Relations Board with anti-worker, Wall Street loving puppets. They also love Trump because he believes in their divide and conquer strategy, turning Americans against each other based on race, sex, religion, and geography (blue state vs. red state, suburbs vs. cities).

There will come a time when we true Americans will put a stop to this destructive system that benefits the rich only. We did it in 1776, defeating our British overlords,  we did it in 1865, defeating the slavocracy, we did it in the 1930s when we demanded that our government address the people’s needs, and we’ll do it again. Why?  Because we are Americans and it’s in our DNA to not let our children and their children live under the rule of the rich. Grab the pitchforks, sisters and brothers. In Solidarity. 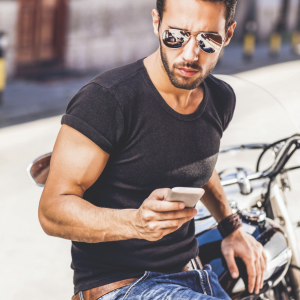