Akron detectives are investigating a shooting that left a 22-year-old man dead Oct. 15.

Officers responded to a home in the 2200 block of Fifth Street Southwest in Kenmore just before 5:30 p.m. after receiving a call about shots fired. When they got there, they found the victim outside with an apparent gunshot wound. The victim was transported to the Cleveland Clinic Akron General Medical Center where he was later pronounced dead.

According to detectives, an unknown suspect shot the victim while he was on or near Seventh Street Southwest. After being shot, the victim ran over to Fifth Street, where he was found gravely injured.

The investigation is in the early stages and no additional information is available at this time.

There have been no suspects identified or arrests made.

The Summit County Medical Examiner’s Office will conduct an autopsy.

The victim’s name is being withheld pending positive identification and family notifications. 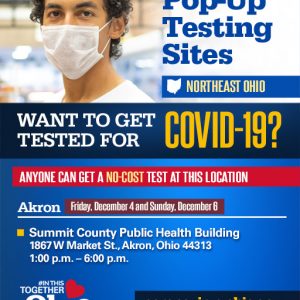