A 31-year-old man is dead after being shot outside a house in the 300 block of Wunderlich Avenue the morning of Oct. 21.

Barberton EMS took the man to an area hospital, where he later died. The Herald was able to identify the victim as James R. Cooper III.

Police and paramedics responded shortly before 8 a.m. and detectives identified the shooter as Randall A. Simmons II, 39, of Norton. He was apprehended in Akron a short time later by officers with the Adult Parole Authority and the U.S. Marshal Service Northern Ohio Violent Fugitive Taskforce. He was taken to the Summit County Jail where he was held in lieu of a $5 million bond. He is charged with aggravated murder, felonious assault and having a weapon under disability. 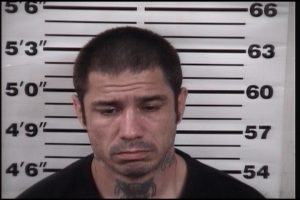