Justin A. Brinkley, 30 and Quinna Belle Yerian, 27, are both charged with obstructing justice, a third-degree felony.

“The only thing I can say at this time is they both hindered the investigation,” Barberton Police Officer Marty Eberhart said.

Cooper was shot outside a house in the 300 block of Wunderlich Avenue the morning of Oct. 21. Barberton EMS took him to an area hospital, where he later died.

Police and paramedics responded shortly before 8 a.m. and detectives identified the shooter as Randall A. Simmons II, 39, of Norton. He was apprehended in Akron a short time later by officers with the Adult Parole Authority and the U.S. Marshal Service Northern Ohio Violent Fugitive Taskforce. He was taken to the Summit County Jail where he was held in lieu of a $5 million bond. He is charged with aggravated murder, felonious assault and having a weapon under disability.

Simmons was indicted a year ago for aggravated drug possession, methamphetamine, but had not yet been arrested.

Police initially reported that Yerian was with Simmons when he was shot. The report said she’d gone to the house and had Cooper leave with her so Simmons could assault him; she was put into the Barberton City Jail, charged with complicity. However, the next day, the Summit County Prosecutor’s Office dismissed the complicity charge and she was charged with obstructing justice.

A warrant for obstruction was taken out against Brinkley and he was later arrested at his Akron home and taken to the Barberton City Jail. 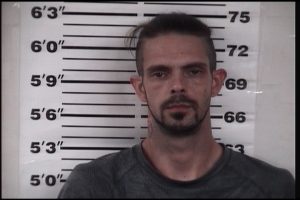 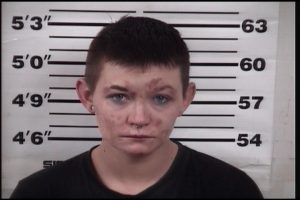