Catherine Ann Robertson-Richardson, for many years was an active leader in the Barberton, Norton community and former publisher of the Herald, died Nov. 17, 2013 at her home in Florida. She was 68.

Cathy had a degree in finance from Malone College, and worked just after college in banking from 1970 to 1990, ending her career as consumer lending manager for three counties. She was the first woman in Ohio to manage a finance company. Her last position was as manager of the former Society Bank on Wooster Road. She was a former member and officer of the Barberton Area Chamber of Commerce, the Barberton Community Development Corporation, and she founded Downtown Barberton Inc and founded the Downtown Barberton Christmas Walk. She was a member of the Summit County Metropolitan Transit board and was active in the founding of  WEGO,  Woman’s Entrepreneurial Growth Organization, a group that helped women start their own small businesses.

Cathy was born at Eglin Air Force Base in Florida, Sept. 7, 1945 and graduated from Norton High School. She is the daughter of Ed and Mary Robertson, who lived in Norton. Ed (K8EMI) was active in the Lions and in the amateur radio community, as was Cathy (N8EQU).

Her daughter, Cheryl Vespoint, is publisher of the Herald.

She and her husband renovated an Alden yawl, spending four months sailing to the Bahamas. When Cathy’s doctors told her that her life will be cut short, she made the most of every minute.

She maintained a giving spirit throughout her illness. 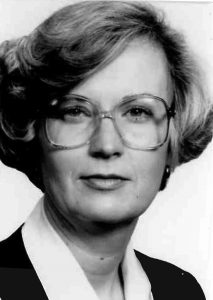