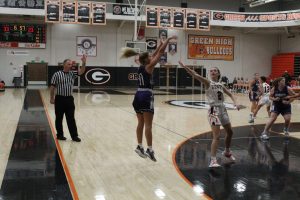 The game was tied at 7 in the first before Green scored 9 straight points and never looked back. The Bulldogs led 19-11 after one quarter, 32-21 at halftime and 47-38 after three quarters. A 3-pointer from Aniya Neloms cut the lead to 8 midway through the fourth, but Green scored 6 straight to seal the win.

The Magics were led by Hailey Haywood, who made one 3-pointer and totaled 9 points to go along with three steals. Laney Kaisk followed with 8 points and 11 rebounds. Also scoring for the Magics were Brenna Walker (6 points), An’taniyha Easter (6), Neloms (6), Maris Ries (4), Temia Henry (3) and Karlie Klemons (2).

The team’s scheduled game at Mentor for Tuesday, Nov. 24 has been canceled, as Mentor’s girls are quarantining due to COVID-19 concerns. The team could play a game that day against a different opponent, but if not the Magics will return to play their home opener Wednesday, Dec. 2 against Highland at 7 p.m. 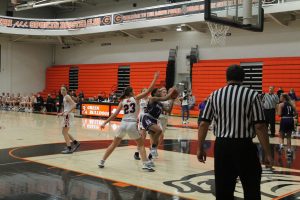 An’taniyha Easter goes up for a layup at Green. 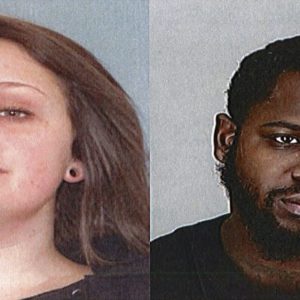 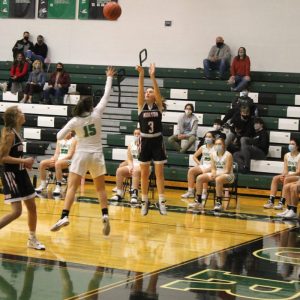