Police believe the break in at the Christian Healthcare Ministries is not related to an event where two juveniles caused trouble in the same neighborhood at the beginning of August.

The Barberton Police Department is asking Herald Nation for further help to identify suspects who broke into the Christian Healthcare Ministries, 800 Wooster Road North. Reported damage has exceeded $100,000. This crime happened Sept. 13.
A few weeks prior, two teens kept Barberton and Norton Police busy stealing, fighting and being unruly. They terrorized the area of Newton Park and the Barberton Sports Complex. The 14- and 15-year-old in that crime spree are not believed to be suspects in the Christian Healthcare Ministries break-in.

Do you recognize the suspects in these photos and videos? Do you have information regarding the break-in? Please contact detectives at the Barberton Police Department 330-861-7255. 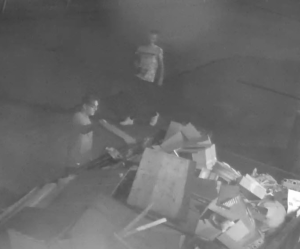 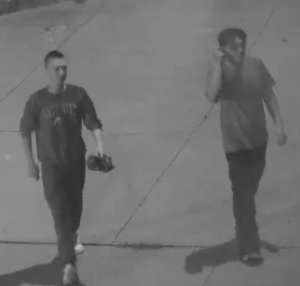