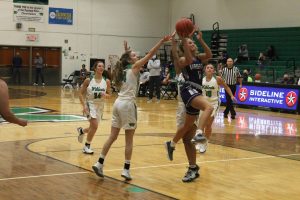 Hailey Haywood drives for a layup in the Magics’ win against Mayfield.

Barberton’s girls basketball team jumped out to an early 14-0 lead and hung on to win 45-39 at Mayfield.

Senior guards Hailey Haywood and Brenna Walker scored 15 of the first 19 Barberton points to give the team a 19-6 lead after one quarter. Mayfield cut the lead after each quarter, ultimately cutting it to as low as 3 points in the fourth quarter, but the Magics made big free throws to seal the win. 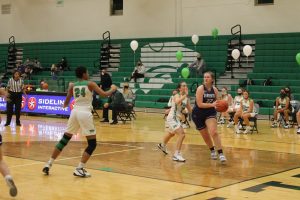 Skylar Ramsey gets past a defender in the Magics’ 45-39 win.

The win improves the team’s record to 1-1, and they will open Suburban League play in their home opener Wednesday, Dec. 2 against Highland at 7 p.m. 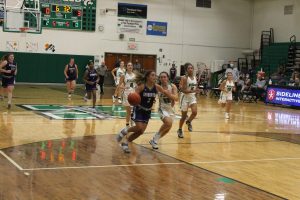 Senior Brenna Walker drives to the net after a steal.