A 36-year-old woman is dead and a 40-year-old man arrested after a shooting at an Akron home early Nov. 25.

Juan Jiron, who was at the home when police arrived, is charged with murder, felonious assault and having weapons under disability.

Police responded around 3:30 a.m. to Princeton Street and found the woman on the floor with an apparent gunshot wound to her neck. She was taken to Cleveland Clinic Akron General Medical Center, where she was pronounced dead. Her name was being withheld until her family could be notified; the Summit County Medical Examiner’s Office was to perform an autopsy. 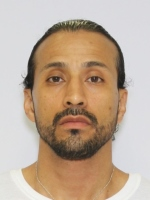