We were poised for a dump. The Akron Zoo and three of the four school systems in the Four Cities Compact closed preemptively; Barberton stayed open since it was remote the first half of this week anyway.

Cleveland media Dec. 1 reported heavy snow, a multitude of traffic accidents. A Cleveland DJ that afternoon told listeners she got up to “at least 5 inches.”

In Barberton, the grass was still poking out of the snow.

Still, sticking to the branches, it made for a picturesque Christmas card scene and a couple kids took advantage of it to take on the water tower hill with their sleds.

But as this is written, Accuweather was warning of the next round of snow the afternoon of the first and expected to last several hours. 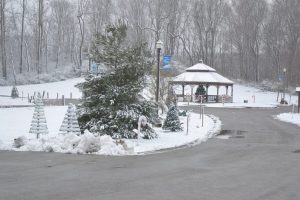 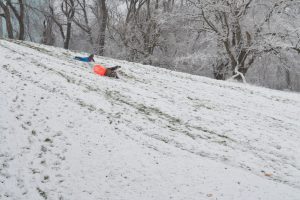 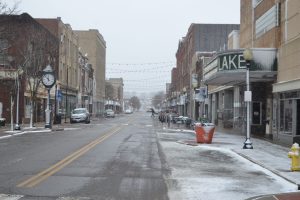