The Barberton Parks and Recreation Commission went into executive session Dec. 15 and emerged to vote to hire Don Patterson as the new parks and recreation director.

Patterson, currently superintendent of parks and recreation in Canton, comes from a long career in schools and recreation in the Canton and Massillon area. He will replace Lisa McLean, who retires in January, pending passage of a routine background check.

“I’m heavy into sports,” Patterson told The Herald in an interview Dec. 18.

Patterson grew up in East Cleveland, where he played football for Shaw High School. He then went to Walsh Uniersity on a football scholarship and played some professional football in a German league.

“I came back and reality broke in in my NFL dreams,” Patterson said.

Patterson married Nakia, a Canton native and old schoolmate from Walsh, and they had a daughter and two sons. The girl, Camari, is now 18 and attending college on a softball scholarship and one of the boys plays football in the Massillon school system. The other wrestles.

Patterson taught and coached middle and high school football, softball and wrestling in the Canton school system a total of seven years and worked for the Massillon parks and recreation program, as well as the Jackson YMCA.

“In (2017) the parks and the recreation departments in Canton merged,” Patterson said. “There as a time when I worked every position in the office, from special events to marketing, to making fliers.”

Patterson said that three years ago, he was asked if he wanted to run a department but he didn’t think he was ready. This year, looking at a job posting online to replace McLean, he thought he was.

He said he will miss the team he’s assembled in Canton but is eager for the challenge of running his own parks and recreation department.

“I want to meet with the community leaders and see what their vision is, find out what the community’s needs and wants are, rather than come in and say ‘We’re doing this,’” Patterson said.

He doesn’t like reinventing wheels, but rather makes it a point to research what has worked in other communities and how these things might be adapted where he works. He also would like to explore opportunities to collaborate with the YMCA and the school district for joint programs.

“It’s a great blessing to be able to do this,” Patterson said. 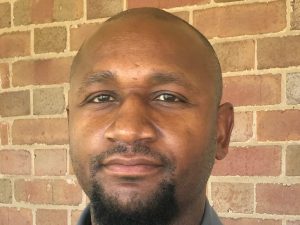