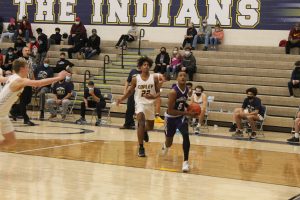 Glen Parker goes in for a layup at Copley.

Barberton’s boys basketball team got revenge from a Dec. 8 loss at home by beating Copley 73-60.

The teams played a back-and-forth first quarter before Barberton opened the second on a 9-1 run to open the second and never looked back.

Copley was led by sophomore guard Khoi Thurman, who scored 22 points. He was followed by Caleb Laurich (14 points), Amire Robinson (10) and Matthew Dente (7).

For the full story on the rivalry win at Copley, read the next edition of the Barberton Herald. 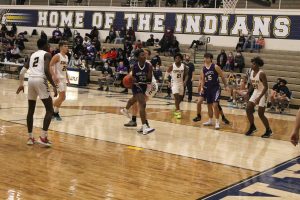 Anthony Cook drives in for a layup in the Magics’ 73-60 win at Copley.