One man was shot and another arrested in Kenmore Jan. 19.

Joseph Rowe Jr., 36, was arrested, charged with shooting a 35-year-old man at a Florida Avenue address.

Police got several calls just before 7 p.m. about shots fired. When they arrived, they found that the victim had run to a nearby house for help. Paramedics arrived and took him to Cleveland Clinic Akron General Medical Center; his wounds were not considered life-threatening.

Police investigated and determined Rowe had shot the victim during an argument and then fled on foot. Police combed the area and found Rowe in front of a Kenmore Boulevard house. A handgun was recovered nearby. 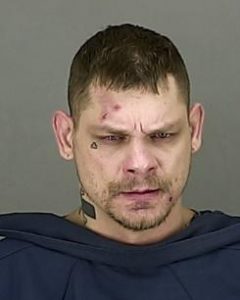