Police have a suspect in custody in a home invasion robbery last month in New Franklin.

New Franklin Police officers, with help from the Barberton Police Department and deputies from the U.S. Marshal’s Service arrested Robert Lawrence Deppert, 42, of Barberton. Deppert was found hiding under a bed in his mother’s house. He is charged with aggravated robbery, aggravated burglary and kidnapping.

Police say a little before 8 p.m. Dec. 28, Deppert, along with a white woman and a black man robbed a home on Limbach Road, a dead-end spur off of Grove Road near Center Avenue.

The resident was approached by the woman stating she was looking for her dog. The two men meanwhile got in through a window, struck the resident with a handgun and taped her hands together. The three suspects robbed the home of firearms, cash and jewelry, fleeing in a white van or, possibly, a white Toyota 4Runner.

Police say the case is still under investigation. 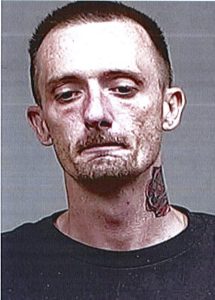