One of a pair of men who police say held up a West Waterloo Road Circle K store Feb. 16 has been identified and arrested.
According to the Akron Police Department, detectives developed information that later identified Darrell Lowe II, 32, as one of the suspects. Investigators found that Lowe and another unidentified male drove Lowe’s vehicle to a residential area a block away from the Circle K. Lowe and the other suspect walked to the store and committed the armed robbery. Both men returned to the car after the robbery and fled the scene.
After gathering the information, detectives issued a warrant for Lowe’s arrest. Around 9 a.m. Feb. 18, Lowe was arrested without incident, after he arrived at the police station to pick up property. A handgun was recovered in his car.
Lowe was charged with aggravated robbery and later booked into the Summit County Jail.
Detectives were still working to identify and locate the other suspect or suspects involved. 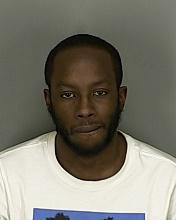