The ordinance was brought forth by Councilwoman Tara L. Samples and Mayor Dan Horrigan and was unanimously passed by the Akron City Council.

Goddard began his career at WKYC and was the first meteorologist to appear live on television in the Cleveland area. He also worked for WJW/WJKW for more than four decades. Many of us grew up with Dick Goddard and his catchy phrase that we will always remember: “Have your pet spayed or neutered”.

In addition to his stellar weather career, Goddard was known for his love of animals; “Goddard’s Law”, was signed into law by Gov. John Kasich 2016. Dick also created the Woolybear Festival in Vermilion, Ohio a one-day extravaganza inspired by the Woolly Bear caterpillar. Unfortunately, due to COVID all activities have been postponed.

Samples is requesting that everyone post a photo and/or a video of themselves with their furry family members with the hashtag #DickGoddardDay and share with their social media friends and family. She is also asking that those who are considering a family pet to visit a local pet adoption agency (One of A Kind, Paws and Prayers, Cleveland Animal Protective League, Secondhand Mutts, The Pet Shelter, and those in the surrounding area). And to of course have your pets spayed or neutered.

“We look forward to doing something big in 2022 post COVID, so that we can celebrate Dick Goddard and all that he done for Northeast Ohio and the State of Ohio”, stated Councilwoman Samples. 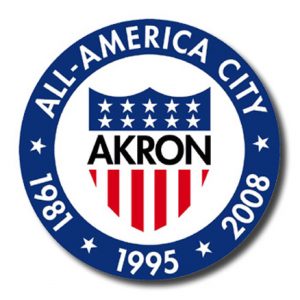