A home in the in the 800 block of Stanwood Avenue was also searched. Shannon Sammons, 38, and Yalinda Cunningham, 37, were both arrested and charged with felony trafficking and possession. Sammons was also charged with weapons under disability. 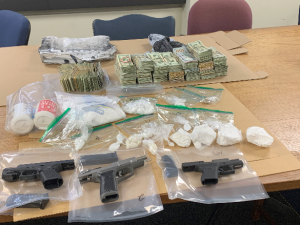