Khalfani was wanted by the Akron Police Department for the Feb. 24 murder of a 37-year-old man in the Sherbondy Hill neighborhood.

According to police,  Khalfani waited for the victim outside a residence in the 1000 block of Vernon Odom Blvd. and shot him. The suspect fled the scene but was quickly identified by members of the Akron Police Department. Officers immediately began searching for Khalfani.

Early Feb. 25, investigators learned that Khalfani left Akron and went to the Columbus area. Members of the NOVFTF traveled to Columbus to begin their search for the suspect. Khalfani was found by the NOVFTF in a home in the 4700 block of Bentham Drive and was arrested without incident. Additionally, officers seized rifle magazines, marijuana and about $10,000 cash from the home where he was arrested.

Khalfani will remain in the Franklin County Jail until he can be extradited back to Akron to face the charges against him.

“Yet again, quick work by Akron Police Officers led to identification of this suspect,” U.S. Marshal Pete Elliott said. “Members of the task force worked nonstop from the identification to arrest to ensure the suspect was caught quickly before any more violence occurred in our communities.” 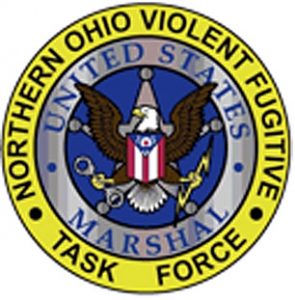