A Barberton Police detective on his way to Las Vegas for a vacation subdued a fellow airline passenger who tried to open an exit door in mid-flight March 25.
“Spirit Airlines flight 185 (out of Cleveland) diverted to Denver on the way to Los Angeles due to a passenger who appeared to attempt to open an exit door,” airline spokesman Field Sutton said. “It is important to note that opening a door inflight is impossible due to air pressure inside the cabin pinning the door against its frame with force stronger than any person could ever overcome.”
Sutton said law enforcement officers met the aircraft in Denver and took the passenger into custody.
“We thank the crew members and guests who assisted for handling this situation quickly prior to arrival,” Sutton said.
One of those guests was Barberton Detective Steve Coburn.
“He’s on vacation,” Barberton Police Officer Marty Eberhart told The Herald. “This guy just walked up and tried to open one of the doors right in the middle of the flight and Steve subdued him. I’m not really surprised, that’s just the kind of guy he is.”
The incident delayed Coburn’s vacation a few hours; he was supposed to catch a connecting flight in Los Angeles to Las Vegas.
“I understand they were catching up on some sleep,” Eberhart said.
The Herald is working on arranging an interview with Coburn when he becomes available again. 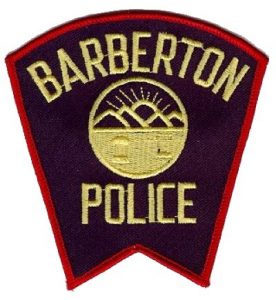