There was justice to our involvement in Afghanistan. A brutal, fanatical theocratic dictatorship had provided a safe harbor to one of the most notorious international terrorist organizations the world had ever produced. This provided a base from which was launched what remains the worst attacks ever perpetrated on American soil.

But it’s been a generation. Literally. Sons and daughters of the original U.S. military personnel who served in Afghanistan have taken their own turn. While generational warfare isn’t unheard of in human history (think the Hundred Years War between England and France) it had been in American history. The administration is doing the right thing; it’s time to bring it to an end.

We went in with specific objectives: Eliminate the safe harbor for Al Queda; find and somehow bring to justice Osama Bin Laden; and punish the Taliban for harboring Al Queda. Over the time of our involvement, Al Queda is a shell of its former self, Bin Laden was found and killed and the Taliban were driven from power for two decades.

In short, we won.

But we need to end it the right way. To accomplish our mission, we employed some 18,000 native interpreters. These people performed this job at great risk not only to themselves but to everyone they care about, with an expectation that in return, they would have homes in the United States when it was all over. There is now a very real threat that we are pulling up stakes and abandoning most of these interpreters. This should never have been up for discussion. The interpreters and their families need to be brought over, now.

And, even as we pull out, the Taliban are recovering territory behind us. There is a very real possibility they will regain power. This is not desirable. Under Taliban rule, women were treated as sub-human. In the summer of 2001, in their fanaticism, they obliterated a pair of gigantic 1,500-year-old statues of the Buddha, a UNESCO World Heritage Site.

But we’ve spent 20 years training the Afghan military and police forces to defend themselves. It’s up to them, now, to meet the threat. The alternative is for the United States to stay in Afghanistan permanently as a de facto colonial power. 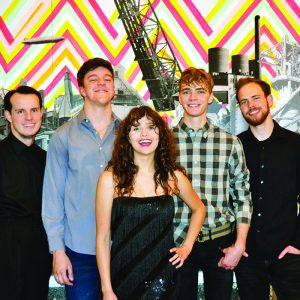