Citizens were not long without a newspaper though, as resident and former teacher John R. Davis founded the Barberton News in 1892 and published early issues out of the basement of the National Hotel (once located at the corner of present day Wooster Road North and West Lake Avenue). The newspaper came to an end in the fall of 1929 after Davis’ death. Though Davis’ son George managed the paper, The Barberton News published its last issue within months of Davis’ passing.

Robertson was a Norton High graduate and retired from Society Bank as President. The two ran the Herald until 2004, when Cheryl Lyn McCracken-Vespoint, Robertson’s daughter, purchased it. Vespoint is a 1984 Barberton graduate.

Vespoint carried The Barberton Herald into the digital age by incorporating the internet and sending pages to print electronically. In 2010, the Herald pushed its way into the social media scene being hailed by the National Newspaper Association as one of the most digitally aggressive weeklies in the state, with over 16,000 followers on Facebook. The Herald also incorporates a YouTube Page, Google Plus and Instagram.

The Herald has evolved throughout its 94-year history, but has continued to focus on local news, sports and opinion. 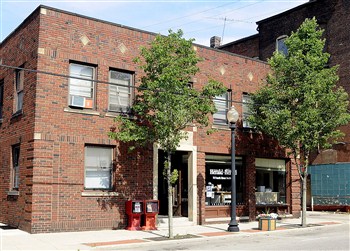 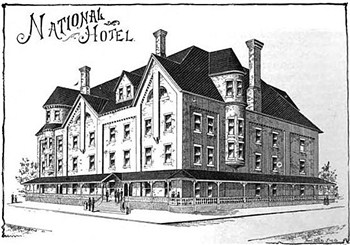 When Cheryl Vespoint, a former banker, took over ownership of The Barberton Herald in 2005, the responsibilities that were most challenging had nothing to do with the economy, keeping the paper afloat or covering tough issues in the news.

Eleven short years ago, the world of journalism was on the brink of a complete paradigm shift. Vespoint had never touched a Mac, and neither she nor any of her fellow publishers had ever heard of social media. Mark Zuckerberg had just launched “The Facebook” at Harvard University. Twitter was still a year away. Yet Vespoint and The Barberton Herald made their way onto the forefront of technology and social media, and with a little intellectual muscle and a lot of hard work, they are setting themselves up as a modern, 21st Century news outlet.

“While mastering digital and social media has been hard, we are now on the cutting edge,” she said on the phone recently.

For all of The Barberton Herald’s growth and advances in the digital media age, nothing spells success for Vespoint more than her team of eight full-time and nine part-time employees.

What is The Barberton Herald’s circulation? The circulation is 7,900. This includes the online and the print product. We are proud to cover Barberton, Norton and the surrounding area since 1923.

What is its publication schedule? The deadlines are Mondays by 5 p.m. for the following Thursday paper. However, social media has pushed our newspaper into publishing daily online.

How long have you been involved at the paper? How long as publisher? I worked small jobs at the Herald since 1986, but nothing full time until October 2004.

Does the newspaper have a mission statement or a motto? To provide firm and fair news reporting and to get the maximum exposure for our advertisers through a quality product.

How many people are employed at the Herald? The Herald employs eight-full time and nine part-time employees.

What is your newspaper’s role in your community? The Herald’s role is to disseminate information and to spark conversations.

What is the most rewarding aspect of publishing a community newspaper? Although sometimes being a publisher is a thankless job, it brings great satisfaction to know a small staff is producing a product that will be cherished in our small community now and for many years to come.

What are your biggest challenges? We insist on firm and fair reporting. The Herald must also go the extra mile for our advertisers by hand-delivering proofs, designing logos, one-of-a-kind art and web design services at affordable prices.

Discuss your strategy for growing your online and social media presence, and what makes you successful in the digital media world? Every employee is taught to use, maintain and publish on Instagram, Google Plus, Facebook and Twitter. Many employees are not familiar with social media applications but work hard to learn by posting updates, sports scores, police/EMS activity, along with events and news.

What are your top goals for 2016? Our goals are to increase our online subscriber base and educate readers to the many ways they can enjoy the Herald online. The Herald will strive to educate our advertisers of our opportunities to help them succeed in a small-town environment.

What advice would you give to other newspaper publishers who want to provide the best service possible to their readers, advertisers and community in general? The best advice for a new publisher would be to provide everything your staff needs to let their imagination take over. In the ever-changing needs of the newspaper business, it is imperative that you think out of the (newspaper) box.